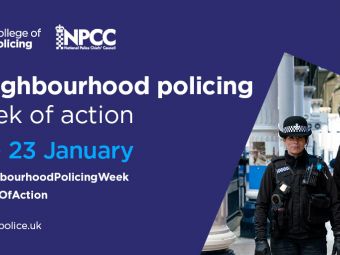 As part of NPT Week of action, Operation Jemlock has been highlighted as a key resource supported by the NPT teams in all of the five districts. 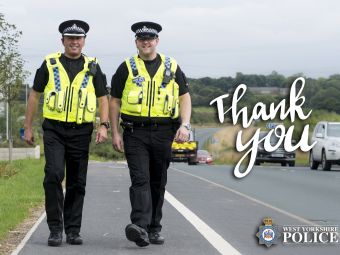 Police can confirm that Abdullah Shah has been found safe and well.

Police would like to thank the public for their help in this matter.

Officers are investigating a sexual assault on a female that happened last month in Bristol. The victim was at the Greenhouse bar in College Green on Saturday 11 December when an unknown man inappropriately touched her. It happened at some point between 11pm and 11.45pm. We are releasing an image of a male who we hope to talk to as part of our enquiries. He’s described as white, late 20s or early… 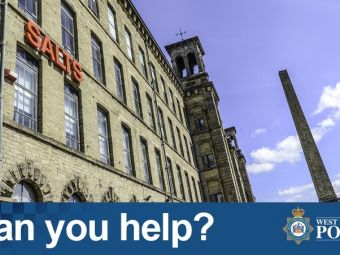 Police are growing increasingly concerned about a teenager who’s been missing from his home in Bradford.

A Bridgwater man has been jailed after being found guilty of two counts of non-recent sexual activity with a child. David Pearce, 64, of Chilton Polden, was sentenced on Monday 10 January at Taunton Crown Court to two custodial terms of five years and eight years, to be served concurrently. During the trial, the court heard how in the early 2000s, Pearce groomed his then 15-year-old victim via…

The annual Christmas drink and drug drive campaign saw Devon & Cornwall Police target those who drive while under the influence.

In total, Devon & Cornwall Police recorded 207 arrests during the December 2021 initiative – of which 166 were for drink driving and 41 for driving with excess drugs.

The Christmas campaign, which ran between Wednesday 1 December 2021 and Saturday 1 January 2022, was an increase on the equivalent period the previous year that saw a total of 193 drink and drug drive arrests.

Of the 166 people arrested for drink driving related offences, 141 were men and 25 were women. The youngest was 16 years old and the oldest was 76, with the average age being 36.

For excess drug driving related offences, the driver was asked to complete a roadside swab. If the swab was positive, they were arrested and a blood sample was taken at custody for analysis. These are currently being examined before any potential charges are brought.

Of the 41 people arrested for excess drug driving-related offences, 34 were men and seven were women. The youngest was 17 years old and the oldest was 59, with the average age being 32.

During the campaign, the Force encouraged those out enjoying a drink during the festive period to plan how to get home without driving. The ‘Lift Legend’ campaign was launched, which saw Devon & Cornwall Police partner with over 110 venues across the two counties to offer free drinks to those who agreed to be the designated driver for their group.

Motorists were reminded of the potential consequences of driving while under the influence and the continuing effects that alcohol and drugs can have the morning after.

Superintendent Adrian Leisk, of the alliance roads policing team, said: “Those charged throughout the campaign were not necessarily your ‘usual’ suspects. Too many people who are otherwise law-abiding citizens, fail to consider the untold devastation that drink and drug driving can cause.

“The highest reading came from a 44-year-old man who was arrested at 3pm on New Year’s Eve – he blew 140 micrograms per millilitre of breath which is four times the legal limit, and rang in the New Year sitting alone in a police cell in our Exeter custody suite.

“This year, we have placed a greater emphasis on encouraging those planning a night out to think about how they’re getting home. I would like to thank the venues that took part in our ‘Lift Legend’ campaign for their supporting in helping to keep their customers and wider road users safe.

“In the past I have been the person knocking on the door to inform relatives that their loved one has been killed as a result of a motorist who thinks it is okay to get behind the wheel while under the influence. This is something that I do not want my team to have to do during the festive period, or any other time of year.

“As in previous years, I would like to thank those members of the public who called us to report a drink driver. Our enforcement efforts will of course continue all year round and intelligence from the public is invaluable in keeping Devon and Cornwall’s roads safe.”

Alison Hernandez, Police and Crime Commissioner for Devon, Cornwall and the Isles of Scilly, is also the APCC national lead for road safety and chairman of the Vision Zero South West road safety partnership.

Commissioner Hernandez said: “There is absolutely no excuse for drink or drug driving and I was shocked to see how many people were dealt with for this offence throughout the festive period.

“Drink and drug driving is a choice people take which endangers lives and it is completely unacceptable. Those who are caught face losing their license and potentially their jobs and livelihoods – as well as potentially causing death or serious injury to themselves or others. It’s just not worth it.

“I’d like to thank those officers who gave up their Christmas and New Year to help keep Devon and Cornwall safe, as well as those residents who provided information to the police to help them do their job.”

If you suspect someone of driving under the influence of alcohol or drugs, please dial 999 immediately with the vehicle information and direction of travel.

For non-urgent matters, or to pass information about someone who regularly drives under the influence of drugs or alcohol, please go to www.dc.police.uk or call 101.