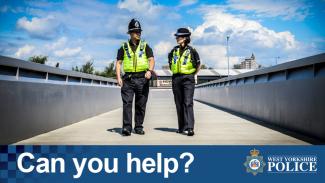 Wakefield District CID are appealing for witnesses following the latest offence at an address on Tithe Barn Road in Knottingley on Tuesday January 19 between 11am and 11.30am.

It took place after a man called at a downstairs flat and claimed he was from the ‘water board’ and had to access the meter.