We’re appealing for information and witnesses to an assault which happened in the Grosvenor Road area of Bristol earlier this month. A 45-year-old man suffered facial injuries and bruising after a disorder involving four men at just after 11.30pm on Monday 9 May. We know there were people in the area at the time who were filming the incident, and would appeal for anyone with footage to come… 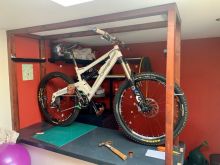 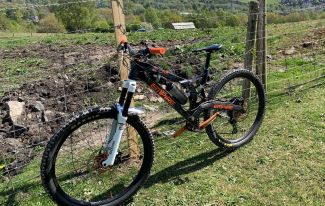 We are taking part in two national operations this month to help keep knives and firearms off the streets. This week (16-22 May) we are engaged in Operation Sceptre, an intensified focus on enforcement, education and engagement around knife crime. The twice-yearly operation, which is led and co-ordinated by the National Police Chief’s Council (NPCC) and involves police forces across the UK…

Police are appealing for information after a gun was fired at a house in Leeds.

At 3.26am on Sunday, police were called to an incident in Shepherds Place, Harehills, where loud bangs had been heard and damaged caused to the door of a house.

Armed officers were deployed to the scene and the damage was confirmed as being consistent with a firearms discharge. No-one was injured in the incident.

A car parked in the street also had its windows smashed, but not as a result of the discharge.

Six people accused of being involved in the supply of cocaine and heroin have appeared in court. They were all arrested on Thursday 12 May during a day of action with warrants simultaneously being carried out as part of a significant police investigation into a county lines operation bringing drugs to Somerset. The defendants, from Bristol, Taunton and Bridgwater, appeared before magistrates on…

We’re releasing a CCTV image of woman we think could be a witness in a serious sexual assault inquiry and who we need the public’s help to identify. We believe the woman may have seen the offender and spoken with the victim prior to her being assaulted. The image was taken at the Tesco service station on Eastgate Road on Friday, 23 July last year. The victim of the assault continues to be provided… 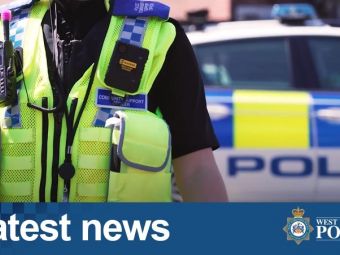 Two men have been jailed for more than 22 years after police recovered high purity cocaine estimated at more than £3m.

Faheem Kola and Asaf Salim were sentenced last Friday (May 13 at Leeds Crown Court, after they pleaded guilty to their involvement at an earlier hearing.

We are appealing for the public’s help in identifying a man we would like to speak to in connection with a burglary from a Bristol shop. Five high-value guitars and equipment were stolen from The Island, in Nelson Street, on Wednesday 6 April between 5-6am. An attempt was then made to sell the items at Jack’s Cash, in East Street, Bedminster, a few hours later. The person in the image is described…

A 29-year-old man is due in court this morning (Tuesday, 17 May) after we charged him with 10 offences. Matthew Barratt, of Foundry Close, Ilminster, will appear at Yeovil Magistrates’ Court charged with two counts each of burglary, taking a vehicle without consent, driving while disqualified and driving without insurance along with one count each of possessing a Class B drug and assaulting an…

Nine people are due to appear in court after being charged with burglary and criminal damage offences in connection with an incident at a business premises in Aztec West, South Gloucestershire, on Sunday (15 May). All nine are due to appear at Bristol Magistrates’ Court today after being charged overnight. Those charged are: • Stavit Sinai, 37, of Woodford Green, Waltham Forest – charged with…