People looking to contact West Yorkshire Police about non urgent matters are being encouraged to ‘save time and do it online’ using the popular and successful on-line options.

Special sessions to help recruit new police officers have been rolling across Huddersfield, following the completion of the town’s latest recruitment Q&A.

The Huddersfield Neighbourhood Policing Team has held its fourth recruitment event in a month in the town to promote West Yorkshire Police’s ongoing recruitment of Degree Apprenticeship Officers.

Police have released images of two bicycles stolen during a robbery in a park in Micklefield, Leeds, in the early hours of Sunday morning.

Police have released images of two bicycles stolen during a robbery in Micklefield Park, Leeds in the early hours of Sunday morning.

Drugs worth tens of thousands of pounds have been seized by Huddersfield Police in the second large cannabis factory raid in Kirklees in seven days.

Enquiries remain ongoing after officers from the Huddersfield Neighbourhood Policing Team seized 68 large cannabis plants worth a potential £30,000 from a drugs factory in Percy Street, Fartown.

The latest seizure means that hundreds of plants worth well over £100,000 have now been seized in less than seven days by officers in the district.

The collision happened around 20:55 on Sunday 9 August at the junction of Hawes Road and Hawes Avenue.

A male rider on a bicycle was travelling down Hawes Avenue towards the junction with Hawes Road. There was a collision at the junction between the cyclist and a black Toyota Hiace. Police are appealing for information after a man was found injured in Bradford.

The man, who is believed to be in his late twenties or early thirties, was found opposite the JCT600 garage in Sticker Lane at about 10.57pm on Friday, 7 August.

He was taken to hospital where his condition has since worsened.

He is now in a critical condition and police are keen to establish how he came to be injured. 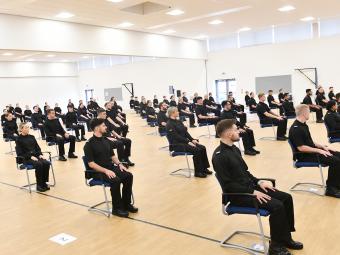 Aspiring police officers in Wakefield District will be able to get first-hand experience of life in the blue line through a recruitment event tomorrow. 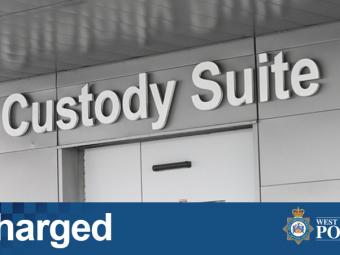 A total of 17 men and women have been charged on suspicion of drugs offences after a three day Programme Precision led arrest operation in Leeds and Bradford.

The following have been charged with Conspiracy to Supply Class A drugs:

Van owners are being warned to be vigilant in Kirklees after a recent spate of thefts in parts of the District.

Kirklees Police are encouraging van owners to try and ensure they take precautions to deter thieves, including parking on driveways and using steering locks, following the series of recent thefts.