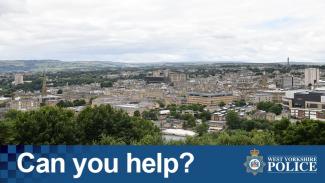 A man has appeared before magistrates charged with attempted murder following a serious assault near a park, Brighouse.